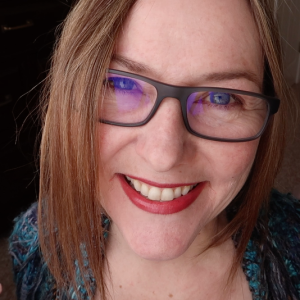 Should You Move To San Francisco?

San Francisco has a reputation for being easygoing, innovative, artsy, and beautiful. Driving into town over that festive Bay Bridge, you get the feeling that the possibilities are endless.

No longer the counter-cultural mecca it was in the 1970s, people still love living there for its creativity, culture, excitement, and weather. Today, the city has evolved into one of the leading centers of technology, trade, and business services.

One more fun fact about the city? San Franciscans are crazy about their furry friends, and the town actually has more dogs than children! With a population of just over 880,000 residents, (mostly young, college-educated professionals), the town has a distinct feel of hope and optimism.

But the California Gold Rush of the 1800s quickly turned San Francisco into a center for trade and commerce. Even after the rush subsided, this oceanside city remained a key shipping region, with the influx of influences from many cultures leaving its unique mark.

In the 50’s and 60’s, San Francisco had a reputation for being one of the epicenters for beatnik and hippie culture, resulting in a huge outgrowth of activism, art, and entertainment.

By the 1990s, San Francisco had begun pivoting from tourism and trade to technology. Starting with the dot.com boom, the city became home for hundreds of startups and evolved from there.

Today, with employers like Salesforce, Square, Stripe, Dropbox, and Zendesk, San Francisco is giving nearby Silicon Valley a run for its money when it comes to tech job formation.

There’s always a high demand for software developers, product managers, IT specialists, and related high-tech roles in San Francisco. Other white-collar jobs, such as accountants, administrative assistants, and marketing managers are also common.

There are numerous opportunities in the medical industry and a huge demand for service industry workers such as cashiers, retail salespeople, waiters, and delivery people. The city has notoriously pricey real estate, some of the priciest on the planet!

The Bay Area market has continued to grow briskly. Recently, a San Francisco seller received a $3.5 million bid after listing their home for $2.5 million. The city is doing better than the Bay Area lately, driven by local high-tech IPOs.

According to Altos, the city is currently in a strong buyers market as of December 2021.

The average rent for a 740 square foot apartment is $3,102 according to RentCafe.

Three of the top neighborhoods to live are Pacific Heights, Seacliff, and Telegraph Hill due to their stunning water views, neighborhood vibe, and proximity to shops and restaurants. If you’re looking for lively, less expensive options not too far from the city center, you might want to investigate Noe Valley, Cole Valley, or West Portal.

The kinds of homes you’ll find in San Francisco are a blend of historic Victorian townhomes, modern condos, and luxury single-family estates.

Short-term rentals recently became legal within the city, but they are still highly regulated.

First of all, you have to live in the unit you rent for at least 275 days per year. Second, you must be registered with the city as a business and a short-term rental. Third, you may only rent out 90 unhosted nights a year (meaning you’re not on the property during the rental period).

There’s also a long list of prohibited properties which are not permitted to rent short-term at all, so do your due diligence before purchasing a home for this purpose in San Francisco.

Thanks to the city’s tech culture, high-speed internet is available almost anywhere from top providers like AT&T, XFinity, and T-Mobile for as low as $20 per month.

The overall cost of living score for the town is 269.3, making it the third priciest city in the nation, and the livability score is roughly 68 out of 100. The city has some of the best restaurants on the West Coast ranging from Chinese to Soul Food to gourmet French patisseries.

It also has some inventive coffee shops, such as Mazarine Coffee, Blue Bottle Coffee, and Cafe Francisco, along with tasty breweries like Black Hammer, Fort Point Beer Company, and ThirstyBear Brewing.

Grocery stores like Safeway, Whole Foods, Trader Joe’s, and Target are easily accessible in every neighborhood.

Areas like Union Square are known for classy cocktails (though many of the retail shops have been recently boarded up due to flash mob robberies) while spots like Mission District are the city’s official party zone (though there’s a pretty severe homeless problem there as well, so stay alert if you go).

The city also has several cultural entertainment venues, such as the Orpheum Theatre, Davies Symphony Hall, and the War Memorial Opera House. San Francisco Attractions & Things to Do

The city has an array of incredible tourist attractions, including the Golden Gate Bridge, Alcatraz Island, Fisherman’s Wharf, Pier 39, Lombard Street, the San Francisco Zoo, the Academy of Sciences, de Young Museum and Japanese Garden in Golden Gate Park, and the San Francisco Museum of Modern Art, just to name a few.

If you’re a sports fan, the city is home to the San Francisco Giants, San Francisco 49ers, and Golden State Warriors. The sports that get most residents excited are football and baseball. This city is home to the San Francisco International Airport and is known for its gorgeous interior design and decor. The airport gets high reviews for walkability and low security wait times.

Getting around on public transportation is pretty easy. The Bay Area Rapid Transit (BART) provides fast, electric trains that can get you to key points in the city and around the entire region. Additionally, the Muni trains and buses can get you just about anywhere in the city.

You won’t necessarily need a car in the city, but if you have one, parking can be tricky. Monthly rents for parking spaces run from $150-$500 per month and up. It’s best to get a home with a parking spot, but when you need to park on the street, it can take patience to find a good spot.

And keep in mind that car insurance tends to run a little higher than state and national averages.

The average car insurance rate in San Francisco is $1,488 per year, and drivers living in the city can expect to pay about 4.1% higher than California’s annual average. The city has many colleges and universities including San Francisco State University and UC San Francisco, one of the top-rated medical schools in the nation. This and many other schools contribute to the city’s innovative and creative environment.

The main public school district contains a high number of above average schools according to Great Schools. However, you’ll need to shop for schools carefully because some do have poorer ratings.

There are also many highly regarded private schools to choose from including Convent & Stuart Hall, Notre Dame High School, and Adda Clevenger School.

You’ll also find a lot of great local homeschooling groups if you prefer that style of education.

The library system in the city is very extensive. Locations around town feature programs like bilingual storytime, summer reading programs, and community events for both adults and kids. If you’re religious, you’ll find a vast array of churches and temples to choose from in the region including Grace Cathedral, City Church, Dhammaram Temple, and Congregation Emanu-El.

As one of the first LGBTQ-friendly regions in the nation, the city is home to organizations like the SF LGBT Center, the Gay and Lesbian Historical Society, and the Tom Waddell Urban Health Center.

If you’re LGBTQ, you’ll find a massive amount of resources.

The city also has numerous neighborhood and community organizations that you can become involved in, including Grateful Dogs Rescue, St. Anthony Foundation, and Conservation Society of California.

Other good places to meet people as a newcomer are local Facebook groups, hobby groups, and Meetup.com events. As for Covid, San Francisco has quite a few mandates, including a note that violation of or failure to comply with the Order is a misdemeanor punishable by fine, imprisonment, or both.

The city strongly encourages people to get all Covid shots and boosters, and masks are required in all indoor public settings, with some exceptions for people who are fully vaccinated.

Organizations are required to report all cases of Covid. Vaccination is required for government and health care workers, and anyone over 12 to attend large events.

Also, the city of San Francisco mandates proof of vaccination for patrons to use certain indoor facilities, like restaurants, bars, clubs, and gyms.

Curiously, there seems to be no provision for people recovered from Covid who enjoy natural immunity.

This area is quite health-oriented, so the city has a lot of fitness options (if you’re fully vaccinated). In addition to all the standard gym chains, there are also local favorites like Live Fit, Body Mechanix, Accelerate Sports Performance, Sunset Gym, and Tribe Fitness and Yoga.

As one of the leading centers for medical care in the region, the city is home to options like UCSF Medical Center, Saint Francis Memorial Hospital, and Zuckerberg San Francisco General Hospital. San Francisco has quite high crime rates compared to other California regions. While rapes, robberies and burglaries are down in 2021 versus the year prior, sex trafficking, larceny theft, and homicides are up significantly.

After announcing plans last year to move funding from strict policing to community assistance initiatives, the city recently reversed course to cope with the rising crime rates that subsequently ensued.

Homelessness continues to be a huge problem in the city, with over 8,000 individuals counted as of 2019. That number has most certainly gone up given the increase in tent cities during the pandemic, and many believe that the problem is linked to high crime rates.

The city has allocated more funds to provide shelters in converted hotels and sanctioned encampments for approximately people, with plans to acquire 1500 more units by 2023.

But in a city with such pricey housing, mild weather, and tolerant authorities, it will likely take years to make a dent in this problem. The city tends to be highly liberal, with 62% of registered voters being Democrats and just 6% being Republican.

At 8.5%, sales tax is a little higher than state averages.

Property tax rates are a little high too since they are 1.18% of a property’s assessed value versus the national average of 1.07%.

If you’re moving from out-of-state, you should also know that California has a top individual income tax rate of 13.3%. Ultimately, San Francisco might be the right choice if you’re young, motivated, and work in the tech or medical fields. However, if you can’t put a lot of money towards housing or want a more conservative environment, you might want to keep looking.

Good schools and cultural opportunities can make this an ideal place to raise a family. However, if you prefer a place with lower crime rates, try nearby regions like Marin, the Peninsula, or the East Bay.

To help you find your perfect place, we recommend using a spreadsheet with weighted scores to help you clearly prioritize your choices. Our free template below can save you hours of time as you weigh your options.

Quickly Compare Places to Live with our Free Tool

Use our free Google sheet to help you quickly decide where to live by scoring weighted attributes of the places you’re considering. To get started, click the button below to sign up for our newsletter and get a copy of the sheet. Let us Introduce you to a Smart, Savvy Realtor

Buying or selling a home is a complex and emotional process, especially if you’re moving to a brand-new area. Let us introduce you to the most knowledgeable, caring Realtors we now, vetted personally for you.